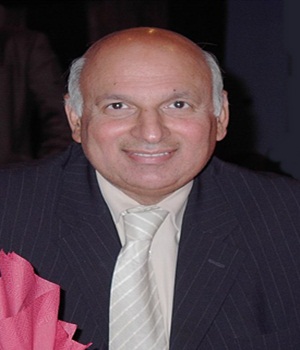 Chaudhry Mohammad Sarwar August 18, 1952 in a village near Faisalabad Pakistan. He moved to Scotland in 1976 and built up a chain of cash and carry stores. Sarwar was elected as MP for Glasgow Govan at the 1997 general election, becoming the first Muslim MP in the United Kingdom and the first Asian MP elected to represent a Scottish constituency. He was re-elected in Glasgow Govan at the 2001 general election. The 2005 general election saw boundary changes in Scotland, so he stood at and won the new constituency of Glasgow Central. He retired from UK politics in 2010 and relinquished UK citizenship in July 2013 to participate in Pakistani Politics. Chauhary Sarwar is married with Parveen Sarwar and with whom he has three sons and one daughter.